Reports are out claiming that Manchester United legend Paddy Crerand has defended Robin van Persie after his flat performance in victory at Arsenal. 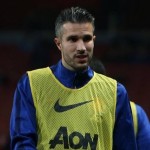 Crerand told MUTV: “Who had the ball all of the first half? It certainly wasn’t United. If you are a striker you are dependent on other people getting the ball up to you.

“Look at the facts and figures in any football match and see how often the striker is involved in the game. A striker isn’t always involved because there are loads of times in the game that you have to defend. It is not as if United were attacking for 90 minutes and Robin only had one or two shots.

“If a striker was given 100 shots at goal then you would score 50 of them at least but we didn’t have much of the possession.

“Saturday was a big confidence booster for the team and in the next match everybody should be more involved. When you get the whole of the team more involved then the strikers will get more involved and they will have more shots and more chances.

“Robin can play better. There is no question about that but when the team gets better it will help.”