Oldham Athletic boss Lee Johnson has admitted that he would love to include Paul Scholes in his League One squad.

The Manchester United legend grew up supporting the Latics and has recently been spotted at some training sessions. 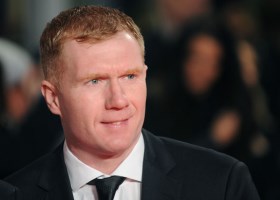 Although he admits it is a long-shot, Johnson would certainly open the door to having the ex-England international at Boundary Park if chairman Simon Corney was successful in his potential pursuit.

“I could try,” Johnson told the Manchester Evening News.

“I’m sure if he fancied it he’d have let us know by now.

“I respect Paul Scholes enough to not ask him but Simon will get in the mix of anything.

“You’re talking about a world class player that’s retired after a world class career. Why would he want to spoil that adulation by playing for me?