Reports are out claiming that Manchester United legend Roy Keane has rubbished claims England striker Wayne Rooney’s best years are behind him. 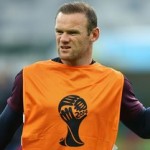 The 28 year old has been criticised by some for his World Cup form.

But Keane told the Mail on Sunday: “If you think Wayne Rooney’s gone, then you are sadly mistaken.

“I thought he did okay. There was a lot rolled into his position. England scored two and he got one of them. I’m sure Wayne, like lots of the players, will feel he could have done better. Top players are always quick to look at themselves, they are quite self-critical.”

Gervinho Happy To Be Playing For AS Roma Coach Rudi Garcia