It has been reported that Republic of Ireland manager Martin O’Neill is keen for his No2 Roy Keane to end his feud with former Manchester United boss Sir Alex Ferguson. 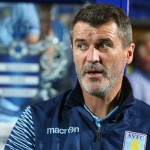 O’Neill believes Aston Villa coach Keane and Ferguson should remember how vital they were to each other’s success during their careers at Old Trafford.

“Manchester United have been incredibly successful and these men were two fundamental factors in this,” O’Neill told the Guardian.

“The manager’s obviously very important, having been able to oversee success for such a considerable amount of time.

“To stay at any football club for such a length of time is incredible, to stay at a club like Manchester United that was demanding then sustaining such success is even more so.

“Roy Keane was a vital cog in that. If you were to ask Sir Alex Ferguson, I’d bet one of the top three or four signings he made would be Roy Keane.

“And he signed some very fine players. That’s how important Roy was to him. The two of them were brilliant for each other over a number of years and I think that’s something that shouldn’t be forgotten over time.

“People can have their arguments and who am I to step into anyone else’s argument, who am I to intervene?

“I’m not (doing) that, but what I maintain is that the two of them were magnificent for each other and from an outsider’s viewpoint it’d be nice if at some stage or another they recognise that publicly. I know that deep down they know they were superb for each other.”