It has been reported that Manchester United assistant manager Ryan Giggs will be key to their chances to landing Real Madrid winger Gareth Bale. 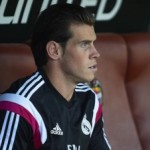 The Mail on Sunday says last week suggest Madrid may look to sell Bale in the summer for around £90million give the further emergence of attacking midfielder Isco recently while Bale has been injured.

If that is the case Bale will be offered to United.

There are no suggestions he wants to leave the club he joined from Spurs for £86m.

But a move to United could seem him boost his salary, which in a short space of time has fallen behind the new going Galactico rate – around the £300,000-a-week mark.

United’s assistant boss Giggs has an obvious rapport with Bale given their Welsh background. Usain Bolt Desperate For Chance To Trial For Manchester United