Manchester United legend Paul Scholes has declared that Danny Welbeck was right to leave for Arsenal. 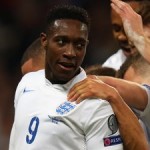 The England international striker faces his former teammates this weekend.

Scholes wrote in the London Evening Standard: “Much will be made of Danny Welbeck’s first game against the club at which he grew up. The immediate assumption will be that Danny is nurturing some grievance against United at being sold and will want to prove a point. I don’t see it that way. Danny will want to play well because he would want to anyway, regardless of the opposition, and from what I see and hear he is very happy at Arsenal and with his move to London.

“Sometimes, a move comes along at just the right time in the career of a footballer. Danny is a quiet lad and I get the impression he is very content at Arsenal. I don’t see there being a lot of resentment at the way he was treated by United. It has worked out quite well for him.”