Reports are out claiming that Manchester United legend Paul Scholes has paid tribute to Darren Fletcher after his move to West Bromwich Albion. 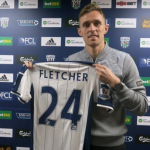 Scholes wrote in the London Evening Standard: “I can still recall the time Darren Fletcher arrived at Manchester United as a 15-year-old kid from Scotland with a big reputation and I played with him on the day he made his reserve team debut as a teenager and impressed us with his determination and his will to win. You don’t spend 16 years of your life at Old Trafford without a lot of talent and a strong personality.

“Fletch left for West Bromwich Albion on Monday, bringing to an end another one of those careers at United that has stretched all the way from the academy to the first team.”