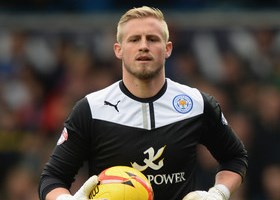 The Mirror claims that Schmeichel’s agent has opened the door for a fairy-tale move to Manchester United.

Schmeichel is a shock target for United – 15 years after dad Peter captained the Red Devils to Champions League glory.

Agent Mads Frederiksen said: “Kasper has played on a very high level for a long time, and we can also notice a lot of interest from many clubs. His performance against England doesn’t make the interest smaller.

“From a commercial perspective, it opens up some great opportunities for Kasper in relation to personal sponsorships, so it’s a very exciting time for him.”