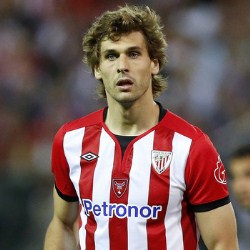 Sensational news are out and it has been reported that Manchester United are lining up a shock bid for Athletic Bilbao striker Fernando Llorente.

According to AS, the Spanish international striker is a priority target for the Premier League giants.

German powerhouse Bayern Munich are also said to be keen and it will be interesting to see where the 27 year old ends up playing next season. Giggs : Manchester United Is Stronger Than Ever!