It has been reported that Manchester United remain in the hunt for Southampton fullback Luke Shaw. 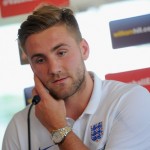 The Daily Mail claims that United remain determined to conclude a deal for Shaw.

The final sign off has been delayed while Southampton search for a new manager.

The south coast club are keen to get the optimum price should they sell their players after initially intimating that around £27m would be enough.