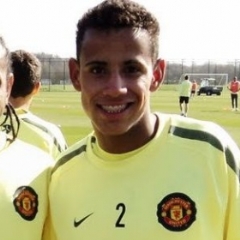 It has been reported that Manchester United are not ditching their interest in Lucas Evangelista.

According to Record, the Desportivo Brasil midfielder’s trial at Anderlecht and speculation linking the youngster with Fluminense aside, the Reds have an option to sign the 17-year-old.

The Premier League giants have first refusal on all Desportivo Brasil players courtesy of their partnership with the Brazilian club.