Reports are out claiming that Manchester United have made a formal move for Juventus midfielder Paul Pogba. 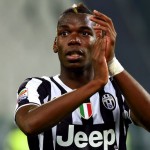 The Daily Star reported that United, ideally, would like the France midfielder back, after he quit two years ago when he was out of contract.

But Italian giants Juventus don’t want to lose Pogba, 21, and their valuation is designed to end United’s interest – which it almost certainly will.

United have been informed they must pay £60 million if they want to buy back a player they allowed to leave for virtually nothing two years ago.