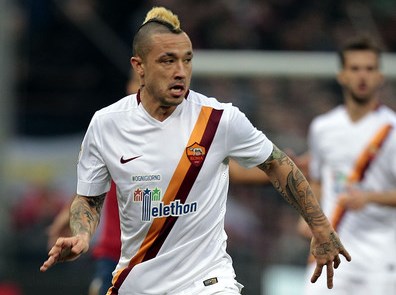 It has been reported that AS Roma midfielder Radja Nainggolan is a major target for Premier League clubs.

Nainggolan is on-loan at Roma from Cagliari, though their permanent option is understood to be watertight.

For his part, the midfielder has also stated he is happy with the Giallorossi.

United boss Louis van Gaal, however, is hoping to convince him about a Premier League move this summer.