It has been reported that Manchester United midfielder Anderson wants to sign permanently with Fiorentina. 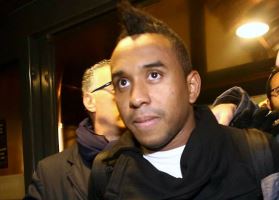 The Daily Mail claims that the Brazilian international has told friends he wanted a permanent transfer to ensure more playing time but that United only wanted to sanction a loan move at this time.

The 25 year old joined United in 2007 from Porto for around £20million, making 179 appearances and scoring nine goals.