It has been reported that Manchester United midfielder Juan Mata has hit back at Jose Mourinho over his sale from Chelsea. 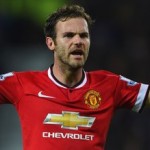 Mourinho said Chelsea’s player of the year for 2012 and 2013 wasn’t fundamental to his plans and it made perfect sense to sell.

“You never know what will happen in life. He had two fantastic seasons, winning titles, I had been voted player of the year both peers and fans.

“But he came and I started having fewer minutes.

“For better or for worse, we had no relationship, there was no dialogue.

“I was not happy, but always gave the most respected and my colleagues.

“Then came looking for United, and I wanted to play in the World Cup.”