Shinji Kagawa has admitted there is no reason why he cannot play on the left for Manchester United. 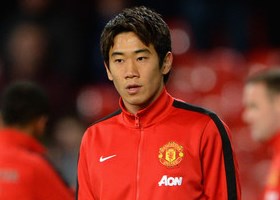 During the difficult early weeks of David Moyes’ tenure, the Scot’s use of the Japan international has been criticised.

The 24 year old told United Review : “I played behind the main striker at Dortmund, but I usually play on the left with Japan,”.

“I should be flexible enough to play in a number of roles, so I am a more attractive player to the team and can contribute even more.

“Every day I am learning how to trouble my opponents on the left, how best to cause them problems with my movement. But I would still like to be capable of taking up more positions.”