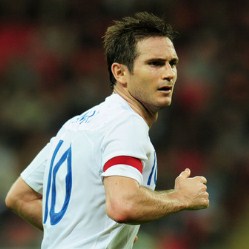 Sensational news are out and it has been revealed that Sir Alex Ferguson is ready to make a shocking move for Chelsea icon Frank Lampard.

The Daily Mail revealed that the England international would not be averse to a switch to Old Trafford.

With United struggling for numbers in midfield and desperate to make sure Sunday’s FA Cup opponents Manchester City do not leave them behind at the top of the Barclays Premier League, manager Ferguson is weighing up an offer for a player he has always admired.

With Lampard now 33, the United board would have to be persuaded to sanction a deal for a player who earns in excess of £140,000 a week and would have no sell-on value for a club still struggling under the weight of the Glazer debt.

United would also face a battle to persuade Chelsea to sell to a major rival.

However, Ferguson believes that Lampard represents a unique opportunity to add something significant to his squad and was delighted to this week hear of suggestions that the former West Ham midfielder would consider a move north to Manchester.