Reports are out claiming that Manchester United outcast Shinji Kagawa is being linked with a shock return to Borussia Dortmund. 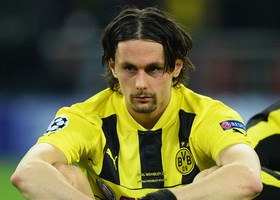 It is said that United boss David Moyes is struggling to find a place for the Japan international in his playing system and hooked him at halftime of their dismal defeat to West Bromwich Albion.

BILD revealed that BVB coach Jurgen Klopp would welcome back Kagawa in January, which has opened the door for Moyes to discuss a swap deal involving defender Neven Subotic.

Subotic is being discussed inside Carrington as Moyes seeks a no-nonsense centre-half signing for the winter market.