It has been reported that Manchester United boss Louis van Gaal is being linked with a move for Feyenoord defender Stefan de Vrij. 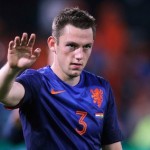 The Daily Star Sunday reported that Van Gaal – Holland boss at the World Cup – has taken £20m defender De Vrij to Brazil and could now be bringing him to Old Trafford.

Feyenoord centre-back De Vrij, 22, has indicated he will be on the move after his stint in South America with his national side comes to an end.

And that is certain to interest Dutch coach Van Gaal when he takes over at United next month.

Borussia Dortmund’s Mats Hummels, 25, is one target and De Vrij is another.