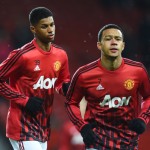 It has been reported that Manchester United are willing to make a shock swap proposal to Southampton for Sadio Mane.

The Daily Star says United will offer Memphis Depay in a bid to lure long-term target Mane to Old Trafford.

Saints boss Ronald Koeman is a fan of the young Dutchman and United hope to use him to finally land £30m-rated Senegalese star Mane.