Reports are out claiming that Manchester United are taking a close look at Porto fullback Bruno Martins Indi. 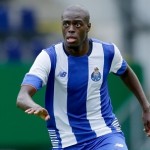 Louis van Gaal is ready to sell Marcos Rojo after a breakdown in the pair’s relationship and believes the Dutch defender is an ideal replacement.

Martins Indi was part of the Dutch side that shone under Van Gaal and has previously been tipped to reunite with the United boss at Old Trafford.