Reports have emerged claiming that Manchester United are waiting on the green light from Barcelona over a January move for Alex Song. 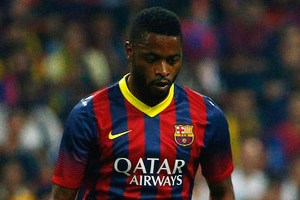 It is said that the Premier League champions are keen to snap up the Cameroon international in January but the Nou Camp is still mulling over whether they can risk letting him leave in the winter transfer window.

The former Arsenal star is reportedly unhappy with the amount of playing time he currently has available, but will have to contend with his hefty £16m price-tag.

Sport says such a price-tag could hold back any January move for the 26-year-old, with a deal more likely for June.