It has been reported that Benfica president Luis Filipe Vieira refuses to budge on his price for Ezequiel Garay. 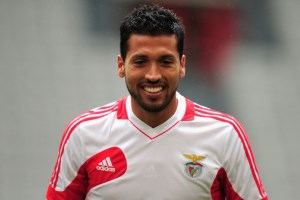 Vieira is under pressure to sell the 26 year old after the arrival of Lisandro Lopez from Arsenal de Sarandi earlier this summer.

However, he remains determined to get top price for the former Real Madrid defender.