Reports are out claiming that Manchester United are in talks with Borussia Dortmund for midfielder Marco Reus. 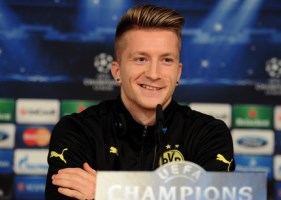 BILD reported that United’s hierarchy have told BVB that they intend to make an approach for the German international when the transfer window reopens.

The 24-year-old has been heavily-linked with United in recent months, after a season where he has netted 21 goals in 38 games for his boyhood club.

The former Borussia Monchengladbach starlet would likely cost in the region of £35million.