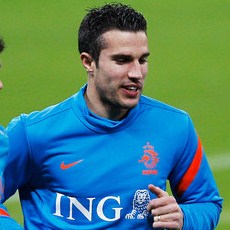 Sensational news are out and it has been revealed that Manchester United are prepared to meet Robin van Persie’s massive wage demands.

The Sunday Express claim that the prolific Dutch international striker is ready to join Manchester United… as long as his wages match the £220,000 a week that Wayne Rooney earns.

And it is understood that United are ready to meet the Dutchman’s pay demands if they can agree a fee of less than £20million with Arsenal.

The Gunners are asking for £30m.