It has been reported that Manchester United have been encouraged in their pursuit of Adam Lallana from crisis-hit Southampton. 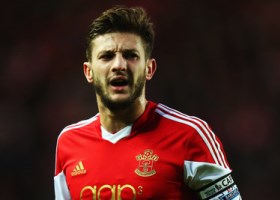 The Daily Star revealed that the move could be accelerated with the news that top Saints stars could leave if Mauricio Pochettino steps down as boss.

He always pledged he would quit if Nicola Cortese – the man who appointed him – left.

The 25 year old England international is rated at around £15m-plus and his camp are aware that United are interested.

Cardiff City Eager To Sign Fabio On A Permanent Basis