Reports are out claiming that Manchester United boss David Moyes is assessing the future of fullback Rafael da Silva. 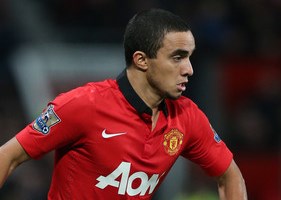 The People reported that Moyes is scouting new right-back options as he considers selling Rafael in the summer.

The Brazilian’s twin brother has already been sold to Cardiff City and Rafael could follow him out the Old Trafford exit door.

AC Milan and AS Roma are among European giants keeping tabs on the situation.