It has been reported that Manchester United are ready to offer new terms to Robin van Persie. 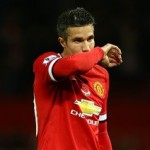 The Daily Star reported that United are ready to offer the Dutch striker, 31, a two-year extension to his current deal, which is up at the end of next season.

After a brilliant first season at Old Trafford, Van Persie’s last campaign was wrecked by injury.

And his future at United has been questioned after a quiet start to this season.

There has been talk of a move to one of Turkey’s big clubs, Galatasaray or Fenerbahce, or a return to Holland.

But United boss Louis van Gaal remains a fan of his World Cup captain in Brazil this summer.