Sensational transfer news are out claiming that Manchester United are prepared to sell Wayne Rooney to Chelsea this month. 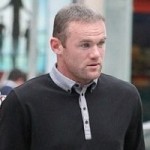 The Mirror revealed that Jose Mourinho has been told that the Premier League champions prepared to do business – but only if they can find a replacement for the ­unsettled striker.

Mourinho has made clear his intention to make a third approach for the England international before the transfer window slams shut, with sources close to the club suggesting it would be at a ceiling of around £30million.

Champions United have already made contact with the west Londoners to make clear their position, but without ­slamming the door totally shut.