It has been reported that Empoli president Fabrizio Corsi says young defender Daniele Rugani will return to Juventus. 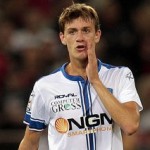 The 20 year old centre back has been watched by Real Madrid and Manchester United this season.

“The technical staff at Juventus are good, and they’ve already set their sights on other players in our youth team,” Corsi told Radio Rai.

“He [Rugani] is an amazing guy, he works an hour longer every day than everyone else, and he’s dragged everyone up with him.

“For example, [Federico] Barba did not look ready for Serie A last year, now he’s making a difference in Serie A.

“There’s already an agreement in principle for [Rugani] to return to Juventus next year.”