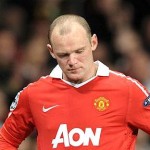 Manchester United rejected Chelsea’s opening offer for Wayne Rooney on Tuesday night and remain insistent the England striker is not for sale.
Chelsea are understood to have offered £10m in cash plus a player, thought to be either Juan Mata or David Luiz, in part exchange for the 27-year-old.

United immediately rejected the offer and left Chelsea in no doubt as to their position on the matter.
But Rooney has reiterated his desire to leave the club this summer.

He has been left angered by recent messages coming out of Old Trafford, most noticeably new manager David Moyes’s suggestion Robin van Persie is his main striker.

The Scot said last week: “Overall, my thought on Wayne is that if for any reason we had an injury to Robin van Persie we are going to need him – I want as many options as possible.”

Rooney has expressed his disappointment to senior figures at the club and insisted he will not accept a squad role behind Dutch striker Van Persie.
Rooney – who has two years left on his contract – has also been linked with a move to Arsenal. 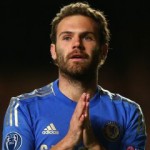