Reports are out claiming that Manchester United boss David Moyes is maintaining his interest in MK Dons midfielder Dele Alli. 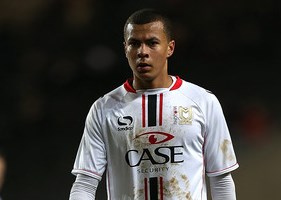 The Daily Mail revealed that United scouts were at Carlisle on Tuesday night as they watched Alli.

The 6ft 2in teenage powerhouse has been studied by Arsenal and Liverpool this season with Brendan Rodgers watching for himself at the recent FA Cup tie between Wigan and MK Dons.

The League One side want more than £2million for the 17-year-old and most scouts believe he is over-priced.