It has been reported that Manchester United boss David Moyes is reviving his interest in Athletic Bilbao midfielder Ander Herrera. 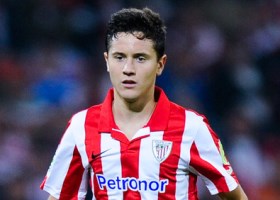 The Daily Mail claims that Moyes will revisit scouting reports on Herrera before finalising his crucial summer wishlist.

The Spanish midfielder was the subject of strong interest from United last summer but, ultimately, they were reluctant to pay his buy-out clause of £32million.

That valuation remains the sticking point and, to complicate matters, the clause is due to rise again on July 1 to £37m.