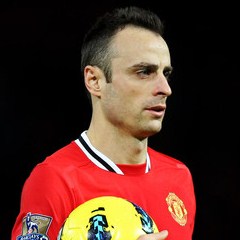 Reports have surfaced that Manchester United intend to take up their option of another year on Dimitar Berbatov’s contract.

According to The Sun, the Bulgarian striker’s deal runs out this summer but Sir Alex Ferguson is ready to activate a clause in his contract that allows the club to keep him for an extra 12 months.

And Berbatov, who has attracted interest from former club Bayer Leverkusen as well as mega-rich Paris Saint-Germain and Anzhi Makhachkala, would have no say in the matter as the clause was inserted when he joined from Spurs in 2008.

Marouane Fellaini Can Be A Bigger Influence – Moyes