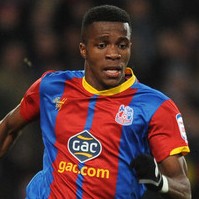 It has been reported that Manchester United boss Sir Alex Ferguson is ready to buy Crystal Palace winger Wilfried Zaha next month.

The People reported that Palace would like him back on loan as part of the deal – but Fergie may yet demand that he stays at Old Trafford with concerns over Antonio Valencia’s fitness.

Arsenal thought they were in pole position to sign Zaha, as a replacement for contract rebel Theo Walcott, but Palace boss Ian Holloway, angered when Gunners boss Arsene Wenger discussed a move in public, said he would not be going to the Emirates.