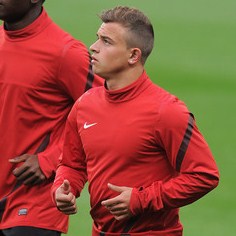 Shaqiri, 20, has been likened to Barcelona star Lionel Messi following a string of impressive displays for Basel and Switzerland.

Liverpool have been tracking Shaqiri since Roy Hodgson was boss and Anfield director of football Damien Comolli has watched him several times.

Fergie is confident of landing him and can offer bigger wages, but Shaqiri is keen to help Basel progress in the Champions League knockout stages. Ryan Giggs is Sports Personality of the Year 2009 – Video