Interesting transfer news are out claiming that Manchester United are making a late move for Real Madrid fullback Fabio Coentrao. 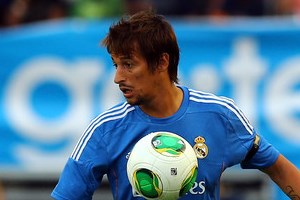 Te Interesa reported that the reigning Premier League champions have made a late move for the 25 year old fullback.

The Portugal international is rumoured to be an alternative target to Leighton Baines with Everton boss Roberto Martinez saying he hopes the next couple of days pass quickly so he can keep the England defender and Marouane Fellaini.

However, Wigan have confirmed the Toffees have been in touch over James McCarthy, who is viewed as a potential replacement for the Belgian.