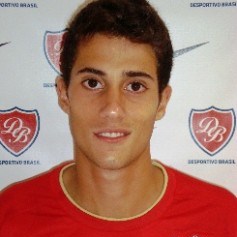 Interesting news are out and it has been revealed that Premier League giants Manchester United have signed Brazilian youngster Rafael Leao.

Rafael joins on loan from their Brazilian feeder academy Desportivo Brasil and the Red Devils have the option to make the move permanent, says the Daily Mail.

Leao, a tough-tackling midfielder who has been compared to 1994 World Cup-winning captain Dunga, turns 18 next week and will train with the United academy for the rest of the season.

It has not yet been confirmed whether the move is subject to a work permit.