Reports are out claiming that Tottenham have approached Manchester United for striker Javier Hernandez. 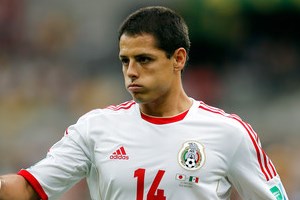 The Mirror revealed that Spurs boss Andre Villas-Boas is making a shock move for the Mexican international but will have to pay £15million.

Big-spending Spurs are interested in signing the former Guadalajara striker for around £7m-£8m, but the asking price is double that and will stay that way.

Moyes needs a quick decision on the 25-year-old, as he would have to assess whether he needs an extra striker himself – a squad man happy to make only a handful of appearances – to replace Hernandez. Angel di Maria Informs Agents : Get Me OUT Of Man Utd!

Wayne Rooney Desperate To Shine At The World Cup