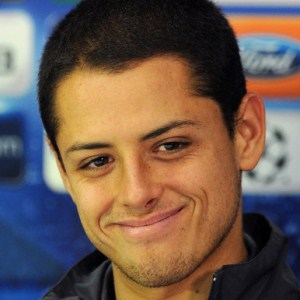 Reports are out claiming that Manchester United striker Javier Hernandez remains under consideration at Real Madrid as a January signing.

According to Marca, Real Madrid have identified three players that they are targeting to solve their striker problems this month: Emmanuel Adebayor (Manchester City), Miroslav Klose (Bayern Munich) and Hernandez.

Adebayor and Klose would be taken on-loan for six months, while Real know they would have to pay over the odds to sign Mexican star Chicharito.

Real have been told it would take €50 million – at least – to convince United to part with Hernandez.