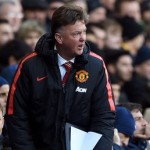 Reports are out claiming that Manchester United have snapped up Fulham’s teenage striker Kayne Diedrick-Roberts.

The Daily Mail says the 15-year-old was released by the Craven Cottage club because they already had three promising strikers for his age group but United believe he has potential to improve and have given him a contract.

The teenager, who can play as a winger, second striker or in midfield was part of Fulham’s Premier League International Cup winning squad in November and impressed United recruitment staff.

Diedrick-Roberts, a pupil at Kingsdale School, London, will sign as a first year professional at United officially in July.