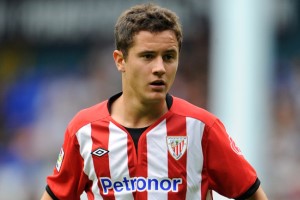 Marca reported that the reigning Premier League champions have made a bid in the region of £25million for the former Zaragoza star.

The Basque club have reportedly set a £30m valuation on the highly-rated former Spain U21 and U23 star, who is good friends with United goalkeeper David De Gea.

The 24-year-old Bilbao-born midfielder joined Athletic Bilbao in 2011 and has made a total of 89 apperance scoring 6 goals along the way. Morgan Schneiderlin Eager To Get Started With Manchester United