It has been reported that Manchester United are preparing a new contract offer for James Wilson. 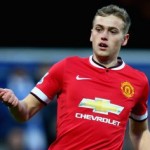 The Daily Star Sunday says, however, the terms on the table to Wilson are only for around £20,000-a-week.

This move however signals United are either watching the pennies or don’t value Wilson as highly as it seems.