Reports are out claiming that Edinson Cavani is ready to leave PSG. 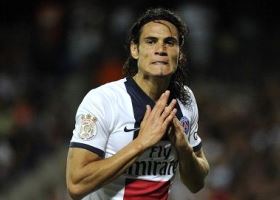 The Daily Mail revealed that according to sources at the club, the Uruguay striker is unhappy with his role at the club – particularly because of the system favoured by Laurent Blanc.

The PSG boss uses Cavani on one flank or the other to accommodate Zlatan Ibrahimovic as the attacking spearhead, but the 26-year-old has had enough.

Cavani is a top target for Manchester United boss David Moyes, who made a personal check on him last week.

PSG will not entertain the idea of selling him this month, but the thought of capturing one of Europe’s most accomplished finishers for next season must appeal to Moyes.