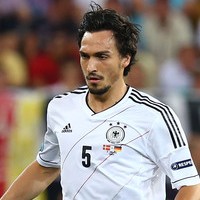 Borussia Dortmund defender Mats Hummels has revealed that he could be on the move away from the Bundesliga club.

The German international has been linked with Manchester United and Barcelona this week.

“One day, I will say that I am keen on a move. Playing in a new country would be flattering. I have already had offers, which were interesting, but I told myself it wasn’t the right time to leave,” said Hummels.

“There was a reason behind that, as I had extended my contract recently. When a Borussia Dortmund player moves it is not to any club. In the Bundesliga, it would just be about Bayern Munich. In Europe, there are only about four or five clubs that would really interest me.”