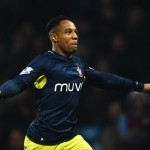 It has been reported that Nathaniel Clyne refuses to rush his new contract talks with Southampton.

The Daily Mail says Clyne, who has been linked with Manchester United, appears in no rush to sign the contract extension offered to him by Southampton.

“I’m negotiating with my agent and also with the club so, yeah, we’ll wait until April.”