Bayern Munich legend Mehmet Scholl has implored Toni Kroos not to ‘play poker’ with the club as he tries to negotiate a new deal. 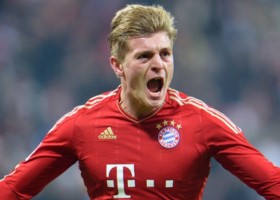 The 24-year old German international is a target for Manchester United who would be rubbing their hands together after talks reportedly broke down between the German giants and the player.

However, Bayern great Scholl feels Kroos needs to be smarter about his dealings with the Bundesliga and European champions.

“I think it’s not wise for Toni to play poker too much with Bayern,” said the 43-year old ex-midfielder.

“That’s how it seems at the moment. His current wages are enough for him to have warm food on the table twice a day already!”