It has been reported that Manchester United winger Tom Lawrence admits Ryan Giggs has been a big influence on his fledgling career. 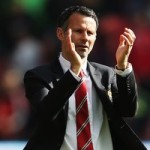 Lawrence is in line for his Wales debut against Holland tonight.

“It’s good that he’s still going to be there at United as he obviously believes in me because he gave me my debut. Hopefully, I can repay him and United by showing him my talents and how good I can be.

“It was nice to be the one he replaced in his last game. It was a bit of a surprise but I didn’t have much time to get nervous about it. The manager called me into the office the day before and said I was in his plans but I didn’t know if I was going to be coming off the bench, let alone starting. To then get the nod was incredible. I prepared myself right and hopefully did myself justice.

“It’s something I can look back on, being involved in his last game. It was an unbelievable moment and hopefully [there will be] a few more like that in my career because, once you get a taste, you want more and more. We’ll have to see but things are looking upwards.”