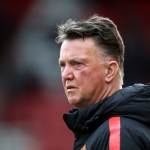 It has been reported that Manchester United are set to approve another mega spending spree for manager Louis van Gaal.

The Mirror claims that Van Gaal is due to sit down with United chief executive Ed Woodward and another members of the hierarchy on Friday to discuss their transfer plans.

Roma midfielder Kevin Strootman is also on there, after the Italian club this week admitted they may listen to a “huge offer” for the Dutchman.

United also want a right-back, with Nathaniel Clyne of Southampton believed to be their preferred choice ahead of Everton’s Seamus Coleman.

Clyne is unlikely to be allowed to leave St Mary’s in the current window, but Saints may sell in the summer – if United do not move for Goodison ace Coleman now.