Reports are out claiming that Manchester United boss David Moyes is ready to focus on signing Everton star Marouane Fellaini. 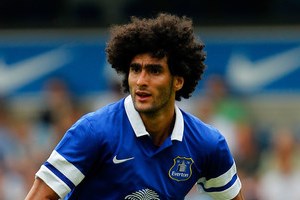 The Mirror claims that Moyes is ready to offer a £25million deal for his former Everton match-winner Fellaini in the next 24 hours.

Everton rejected a combined bid from champions United for Fellaini and left-back Leighton Baines, but now looks on the brink of cashing in on one of the pair.

Moyes’s joint offers for the pair have fallen short so far, but the stand-alone bid for Fellaini – around £20m, plus extras – looks like suiting all parties.